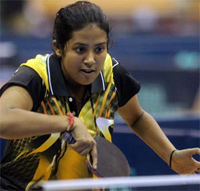 SILIGURI, January 8: THEY have risen from the sub-junior rung and know each other too well, personally. They also know one another’s game. After all, they have been travelling and playing together both in India and abroad. But when they run into each other in a final where the stakes are high-big money and ranking points-nobody would wants to give it up easily. 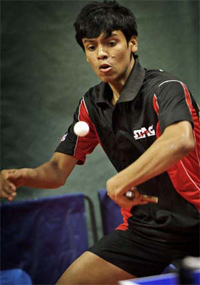 WHEN the two boys from Petroleum Sports Promotion Board (PSPB) met in the junior boys’ final of the Indian Oil 73rd Junior and Youth National Table Tennis Championships at the Municipal Corporation Stadium here on Sunday, the on-court rivalry was very much visible. But what clinched things in favour of left-hander Abhishek Yadav was the devil-may-care attitude as he beat Sudanshu Grover 4-2 (11-8, 6-11, 11-6, 4-11, 11-3, 14-12) to win the title.

The girls crown we 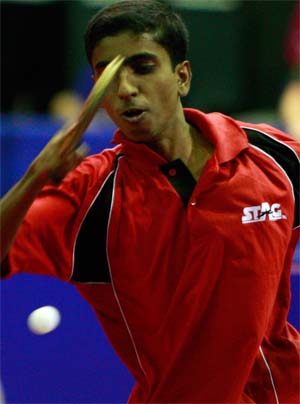 The PSPB boy will take on teammate Soumyajit Ghosh, who earlier blanked out PSPB-A’s Sudanshu Grover 4-0, in the final to be played later in the evening.

No. 3 seeds Vidya and Nitin bow out; Mondal in quarters


SILIGURI, JANUARY 7: With three rounds to play on the penultimate day of the Indian Oil 73rd Junior and Youth National Table Tennis Championships, the schedule was, indeed, hectic for the paddlers here at the Municipal Corporation Indoor Stadium on Saturday.

Those who had the experience and stamina survived to live another day and play the quarterfinals while the lesser mortals fell by the wayside. The West Bengal and North Bengal boys and gir